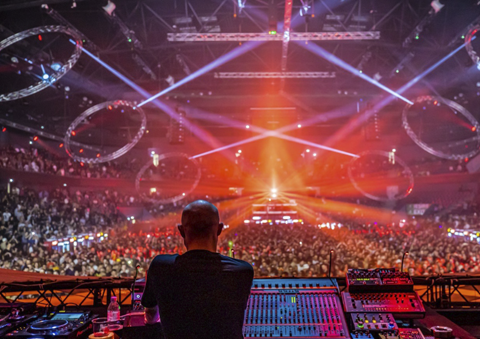 With its entrance, Motor Stage Automation has entered directly as a significant player on the international market for stage technical automation.

Motor Stage Automation specializes in moving elements both on and over stages and audiences.

Motor Stage Automation was started in 2021, in the middle of the corona epidemic, at a time when the earnings basis was equal to zero. The parent company saw a gap in the market and created MSA as a direct spin off, where things were seen from a new perspective, while the established international companies focused on damage control of their own businesses.

Since the start in 2021, it has only gone one way for Motor Stage Automation and the massive investments that have put MSA in as the supplier in Europe with the most equipment are starting to pay off.

In 2021, the company was a spinoff of the main business, VIGSØ A/S – which rents out light and video to the event industry nationally and internationally. The team was joined by an industry person from Australia who already knew the international market, and things have gone fast since then. The expectations for growth at the top and bottom are at an index of 2-300 annually for the next 3-5 years.

The future
For Motor Stage Automation, a good growth potential is seen with high margins in interesting markets, where it is expected that the company can pull the sister company VIGØS A/S along on the next growth stage, towards a more international focus.

Read more
You can read more about Motor Stage Automation at their Homepage.